This blog will be about all the different kinds of Path Traversals and Local File Inclusion vulnerabilities that I have found in Synack Red Team.

This was the very first Path Traversal vulnerability that I had found in Synack Red Team. Also, even though I was pretty new to the platform and to the whole bug bounty thing in general, this report won the quality round so I am very proud of this particular report.

Upon further inspecting these sections, I came across an interesting functionality that involved importing the data. The file was named DataImport.view. 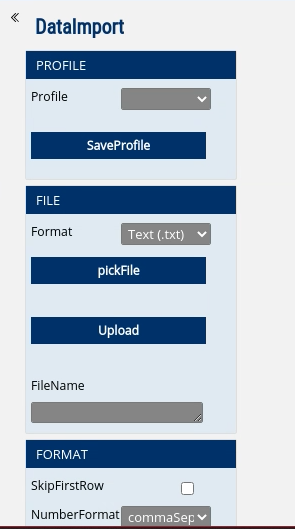 I tried getting RCE by uploading a web shell and it actually worked! However, that’s a different story. We want to discuss Path Traversals here and not RCEs.

So, after successfully uploading a file, we were given the functionality to read the file.

After clicking the “ReadFile” button, it filled the file name field to the current uploaded filename by default. However, we had the ability to change the file name.

So, I tried to do path traversal using payloads like ../Auth.aspx and ../../Auth.aspx etc.

And, after three ../ sequences, the file was actually returned! 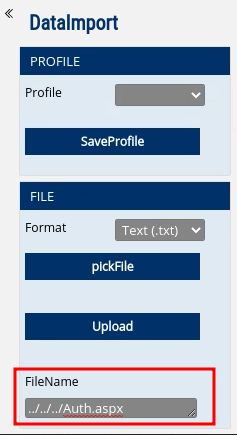 The file was broken because some sort of XML parsing was done on it. I still went ahead and reported it because it was still a path traversal issue and disclosed source code contents.

I could do more creative things here like pulling more sensitive files but I stopped here because very limited time was left in the quality round. I initially did not care much for this vulnerability as I had already reported an RCE there but then quickly made a report in under 15 minutes putting together all my PoCs and I still won the quality round.

This was the classic VMWare VCenter /eam/vib LFI vulnerability.

The /eam/vib endpoint in VMWare VCenter instances takes a parameter named id in the GET request. The value to this id parameter is a file name that will be retrieved by the VCenter instance and will be given back in the response.

I used the following payload to retrieve the hosts file off the remote server:

There were some IP to host mappings in the hosts file which I thought was enough for impact but with creativity, more could have been achieved.

I reported the issue during the quality round and this also won the QR.

This was a known vulnerability in Spring Boot Cloud Config server. For PoC, I referred to this article here: http://www.jrasp.com/case/CVE-2020-5410.html

That article talks in detail about the vulnerability and also explains the source code.

I did not read that much and simply took the PoC from there and used it on the target that I had for testing. And the exploit worked!

I used the same payload as in the PoC which is:

The above payload retrieves the /etc/passwd file.

However, this was Java and one odd thing about Java Path Traversals/LFIs is that if you specify a directory instead of a file for opening, it will actually list the content of that directory.

So, for example, if I did not know what files were in the /etc directory, I would simply use the following payload to list all the files:

This is just the previous payload with the trailing /passwd removed. Now, we are just listing the contents of the /etc directory.

I used this feature to list the contents of the root directory in the affected Linux server. In the root directory, I found a file named application.jar which was potentially the source code of the currently running Spring Boot Cloud Config server.

Also, the root directory had a file .dockerenv so I was quite sure that I was in a docker container.

However, Synack Red Team has the stop-and-report policy according to which, we are not supposed to do post-exploitation.

I reported the issue during the 8 hours long quality period. And nobody had checked for this particular vulnerability and mine was the only report in QR.

I have already discussed this vulnerability in my previous article and you can find it here: Local File Inclusion In download.php

This path traversal was also very interesting. This was in a custom-built application and it did not require any authentication.

When we visited the webroot, the web application redirected us to the login page.

The login page was custom built and there was a brand logo along with the login page so I cannot show you the screenshots.

Upon visiting the login page, a request to the /web/product_logo endpoint was sent. The request contained a GET parameter named logo.

The parameter logo took a file name as the input and returned that particular file in the response. In this case, it was logo.png.

Now, as this is functionality to read files, there may be a potential LFI/Path Traversal here. So, I changed the file name to index with different extensions. However, none of them worked.

So, I ran ffuf hoping to discover more files but it was a failure. I used the raft-small-files-lowercase.txt provided in the SecLists.

I did not know the underlying technology which is used so it was quite painful to enumerate files.

However, I knew it was a Windows box because of the case-insensitive directory structure. What it basically means is that, in Windows, WinDows and Windows are the same directories/files as it is not case sensitive. And when I was doing my recon, I received the same response when I did /web or /Web so I was quite sure it was a Windows box.

There are other ways to determine this too but I decided to assume it was Windows.

Same as my past submissions, I decided to read the C:/WINDOWS/System32/drivers/etc/hosts file of the remote server.

So, I used a path traversal payload and the final URL looked like this:

Finally after 10 ../ sequences, I finally hit the hosts file and the server retrieved it for us.

Although this was enough for PoC, I decided to dig deeper with this path traversal.

When I was fuzzing the application, I encountered an error that disclosed the full path to the webroot.

I ran ffuf again but now in the webroot of the server using the path traversal that I had found. This way, I was able to enumerate a file named LICENSE that had license keys of the application.

I reported the issue with all my findings and the report won the QR.